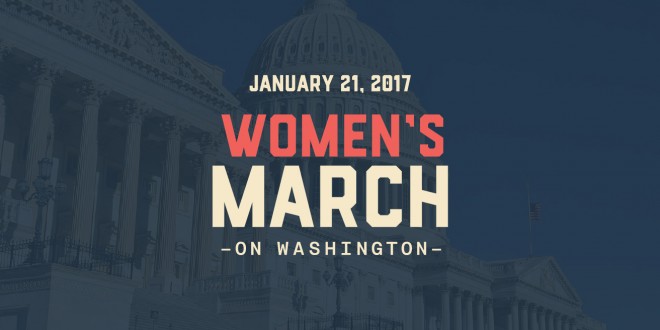 “Since the election, so many fear that their voices will go unheard,” said Artist Table Chair America Ferrera. “As artists, women, and most importantly dedicated Americans, it is critical that we stand together in solidarity for the protection, dignity and rights of our communities. Immigrant rights, worker rights, reproductive rights, LGBTQIA rights, racial justice and environmental rights are not special interests, they affect us all and should be every American’s concern.”

There are also 150+ independently organized solidarity marches that are being planned in all 50 states and in 20 countries around the world. Chelsea Handler will helm a march down Main Street in Park City, Utah followed by a rally.

“I’m honored to join the Women’s March on Washington Artist Table,” Handler said. “By hosting a sister march in Park City, our Women’s March on Main will help send a message to the incoming administration that attacks on Planned Parenthood and our fundamental human rights are unacceptable and if we have to re-fight for rights we have already fought for and won, we will do it louder and stronger, with men by our side.”

Held on the first day of the new presidential administration, the Women’s March on Washington aims to send a message to all levels of government and the incoming administration: that we stand together in solidarity and expect elected leaders to act to protect the rights of women, their families and their communities.

‘It is my duty as an American citizen to exercise my rights, make my voice heard and stand up for what I believe in,” said actress Scarlett Johansson. “The new administration may be very vague about specifics, but one thing has been made very clear; their intentions of reducing the availability of Women’s Healthcare and attacking her reproductive rights. I am marching on Washington to let our next president know that we, men and women alike, will not stand down or be silenced and will fight to protect our bodies and our choices.”

“I am honored to be a member of the Artist Table,” said actress Debra Messing.  “An attack on Planned Parenthood is an attack on all American women.  There is no more urgent time than now to raise our voices and be heard.”

Carmen Perez, National Co-Chair of the Women’s March on Washington, said “Women don’t live single-issue lives and we are thrilled to be joined by women who understand and reflect the intersecting issues for which we stand. Women deserve to have equal rights in our society, regardless of whether they are low-wage workers, immigrants, of a minority faith, non-conforming gender expression, incarcerated–no matter where they exist in our society, all women deserve freedom and equity. In particular, as a Latina woman I am pleased to see America Ferrera, Chair of our Artist Table, championing the issues which face our community as well as issues like reproductive freedom which affect us all.”

The Women’s March on Washington is a women-led grassroots movement that will bring people of all genders and backgrounds together to take a stand on social justice and human rights issues ranging from race, ethnicity, gender, sexual orientation, religion, immigration and health care. The March is a statement of solidarity affirming our shared humanity and fundamental human rights. Visit www.womensmarch.com  for additional information.