See Jane Do is an award-winning social change media platform and event productions organization that captures and amplifies the stories of everyday women doing extraordinary things and utilizes the power of story to create positive change. As a leader in women’s leadership and a champion for gender equity, See Jane Do serves as the home to women-centered events, programs and initiatives such as Passion into Action Women’s Conference, Raising Jane, See Jane Do Media Lounge, a grant-funded public radio show on KVMR, and 50/50 Hollywood. Our mission at See Jane Do is to create connection, collaboration and coalitions to support a more just world for women and girls. We are proud to have partnered with leading programs and initiatives such as The Women’s March, United Nations Commission on the Status of Women, Vote Run Lead, TEDx, feminist.com, Wild & Scenic Film Festival, The Representation Project, United State of Women, Restore Civility, 50/50 Day, 100 Women Change Hollywood and 50 Women Can Change the World in Media in Entertainment.

Grant funded radio program hosted by Elisa Parker featured our home station KVMR FM along with other community and public radio stations across the country.

See Jane Do Gender Parity Initiative and Consultation:  As a leader in women’s leadership and a champion for gender equity, our team co-creates and co-leasd programs and initiatives such as, 50 Women Can Change the World in Media & Entertainment, 100 Women Change Hollywood and has led workshops and panel discussions at events including the United Nations Commission on the Status of Women, Indivisible Women, The National Women’s March and United State of Women.  Our team of experts customizes and develops programs to support gender equity in your organization and collaborates and partners with like-minded organizations to develop strategic action towards parity.

See Jane Do Media Lounge:  Why confine the magnitude and magic of your event within the walls when you can reach thousands worldwide.  Promote and generate a buzz.  Capture the essence and stories from your event.  Stay connected with your audience year-round.

The Media Lounge serves as a hub for speakers, special guests and press to share up-to-date information, photos on the red carpet and capture exclusive interviews.  Attendees enjoy WiFi and a comfortable setting to meet, connect, and network. In addition to the lounge, the See Jane Do Street Team goes behind the scenes to capture some of the best moments of your event with special guests.  The Media Lounge can include, videos, live streaming, live broadcasting, podcasts, photos, website, print and social media.

The See Jane Do Story:

Elisa Parker, media maven, is a speaker, reporter, Storycatcher, coalition builder and visionary for gender parity and social justice.  She is the co-founder, president and talk radio host of the award-winning radio program and multimedia platform See Jane Do, co-founder of Indivisible Women, Co-Founder of 100 Women Change Hollywood: Partners in Parity and co-creator and co-director of 50 Women Can Change the World in Media & Entertainment. Elisa’s work takes her around the world to connect people through the power of stories and solutions that go beyond leaning in to broken systems.  For fourteen years she has hosted a weekly show featured on nationally-acclaimed radio station KVMR, where over 500 interviews have included such luminaries as Lily Tomlin, Gloria Steinem, Eve Ensler, Donna Karan, Geena Davis, Jennifer Newsom, Michael Franti, Kathy Griffin, Krishna Das, Indigo Girls, Terry Tempest Williams, Helen Reddy plus the untold stories of everyday women who are doing extraordinary things.  See Jane Do has also been featured on NPR in addition to other media outlets. She is the co-founder and director of the Passion into Action™ Women’s Conference, TEDxGrassValley, WonderLove, Raising Jane and the See Jane Do Media Lounge. Elisa also facilitates, emcees and moderates programs, panels and workshops that aim to fill the gender gap in leadership. She has spoken at events such as, The United State of Women, UN Commission on the Status of Women, TEDx, Women’s March, March for Civility and Netroots Nation.  She reaches thousands through partnership with like-minded organizations and develops organizational-wide initiatives, communications strategies for events and digital media campaigns that support women’s leadership and gender equity. She currently serves on the KVMR Board of Directors, Advisory Committee to SheAngels and is a certified Higher Guidance Life Coach. Elisa is an alumna of the Women’s Media Center Progressive Women’s Voices program, Take the Lead Women and Vote Run Lead program. She holds a BA in Communications from San Francisco State and a MA in Organization Development & Leadership at the University of San Francisco. Elisa lives in the Sierra Foothills with her husband and two daughters. 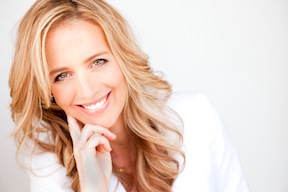 Tabby Biddle is a celebrated women’s leadership coach and consultant, and well-known voice speaking out for the human rights of women and girls. She is the author of the bestselling book, Find Your Voice: A Woman’s Call to Action, a popular TEDx speaker for her unique approach to activating women’s leadership, and the co-creator and co-project director of 50 Women Can Change the World in Media & Entertainment, a gender parity initiative in Hollywood. Through her speaking appearances, group classes and private consulting practice, Tabby has supported thousands of women on their path into leadership, from business leaders, to media personalities, to celebrity activists, to filmmakers, to artists, to students, to entrepreneurs. She has been hailed by the United Nations Foundation as “a voice for women and girls around the world,” and by Global Girl Media as “one of the true feminist and fierce leaders of our movement for gender equity in media and representation.” She lives in Santa Monica, CA with her husband and young son. Learn more more at tabbybiddle.com and 50WomenCan-Media.com.

Monica Hughes is the Membership Coordinator for See Jane Do. She is also a furniture maker and owner of Naked Tree Woodworking nestled in the foothills of the Sierra Nevada Mountains. She holds a degree in International Relations, has traveled widely, and has a passion for helping others. When she is not creating with wood, she is active in sports, enjoys time with her husband and daughter, survives the torment of two cats, and works on writing her memoir and other short stories.

Robin brings her vast experience in business development and marketing to See Jane Do as an advisor and business coach. She has pro- vided guidance for the development of a sustainable business model and provided tactical know how to help SJD align resources to better meet business demands. Robin currently is an independent consultant. Previously Robin was the Partner Program Manager for Telestream. With over 20 years experience in complex product management, relationship management, strategic planning & tactical implementation, Robin’s cross industry exper- tise in technology, media & entertainment, consumer products, fashion, retail, cycling & outdoor brings a refreshing outlook to her work. 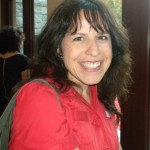 Michelle Botticelli is an award-winning editor, director and screen writer.  Her work includes feature films such as, Leaves of Grass with Edward Norton, Grey Zone, Tanner Hall and Falling for Grace and documentaries and television programs featured on networks such as, Bravo, Animal Planet and National Geographic.

Elisa Parker is the co-founder, president & host of the award winning radio program, See Jane Do. Serving as an activist for women, social justice, & the environment, Elisa’s work takes her around the world to discover and share the extraordinary stories & solutions in each of us.  She hosts her weekly show for nationally acclaimed radio station KVMR & is the co-founder & director of the Passion into Action™ Women’s Conference, TEDxGrassValley and the See Jane Do Media Lounge.  She is an alumna of the Women’s Media Center Progressive Women’s Voices program & The White House Project’s Go Run program. Elisa holds a BA in Communications from SF State and a MA in Organization Development at University of SF.  Elisa lives in the Sierra Foothills with her husband and two daughters.

Jesse Locks  is the co-founder of See Jane Do, Passion into Action™ Women’s Experience (PIA), and See Jane Do Media Lounges.  She is a media communications specialist with fifteen years of experience in publishing, film, radio, and digital media.

Currently, Jesse is the Festival Director of the award-winning Nevada City Film Festival, editor of Folk Trails Magazine, and owner of Locks Media Group, a creative marketing, communications and digital media firm.  She has developed and implemented successful pr and marketing campaigns with an emphasis on multi-media for Toyota’s Yaris, Wild & Scenic Environmental Film Festival, and the California WorldFest, among others.

Her writing has been featured in publications such as Thrasher, Heckler, Venus Zine, Alternative Press, Tape Op, Seattle Weekly, Arthur Magazine and ESPN.

She was named one of the top 25 “New Creatives” in Northern California by Sacramento News & Review, one of 50 “Emerging Sages” by the Center for Non-Profit Leadership, and is an alumni of the National Alliance for Media Arts & Culture Leadership Institute.

Jesse graduated from UC Santa Cruz with a BA in Literature and Journalism.