“We have the ability, we have the power and we have the strength to be able to deliver in the way we want to….The way we are brought into this world very much shows how we are to exist in this world.  Birth can be the most transformative action a woman can do.”~Robin Fink, Program Director of Jungle Mamas- Pachamama Alliance

The Jungle Mamas program is designed to eliminate all preventable deaths in pregnancy and childbirth of Achuar mothers and babies, and to improve community health by empowering Achuar women and communities with the tools needed to be their own agents of change.

Program Director of Jungle Mamas, an intercultural maternal and neonatal health program in the Central South Ecuadorian Amazon of The Pachamama Alliance. Areas of expertise include working with culturally diverse populations, especially with indigenous Andean and Amazonian groups on issues surrounding the design, implementation, and evaluation of culturally adequate healthcare in local communities. Cultural anthropologist actively engaged in using an understanding of how cultural change and the intersection of divergent cultures can improve community development/empowerment strategies.

Event:  Robin is speaking in Nevada City, CA on Sunday, August 23rd at 7pm at the United Methodist Church on Broad Street 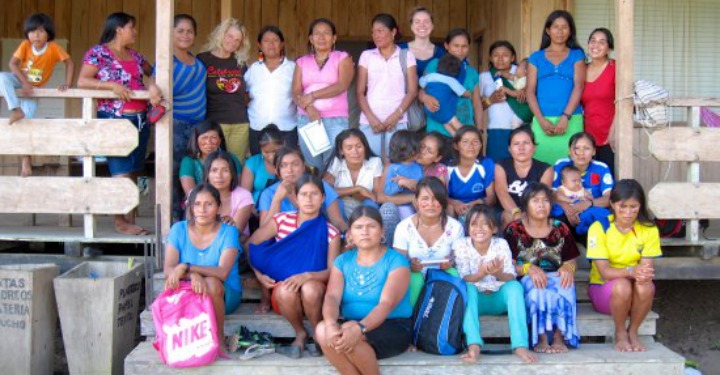 Previous Elisa Parker with BJ Gallagher: It’s Never Too Late to Be What You Might Have Been
Next Anab Dahir: Running to Become the 1st Female President of Somalia