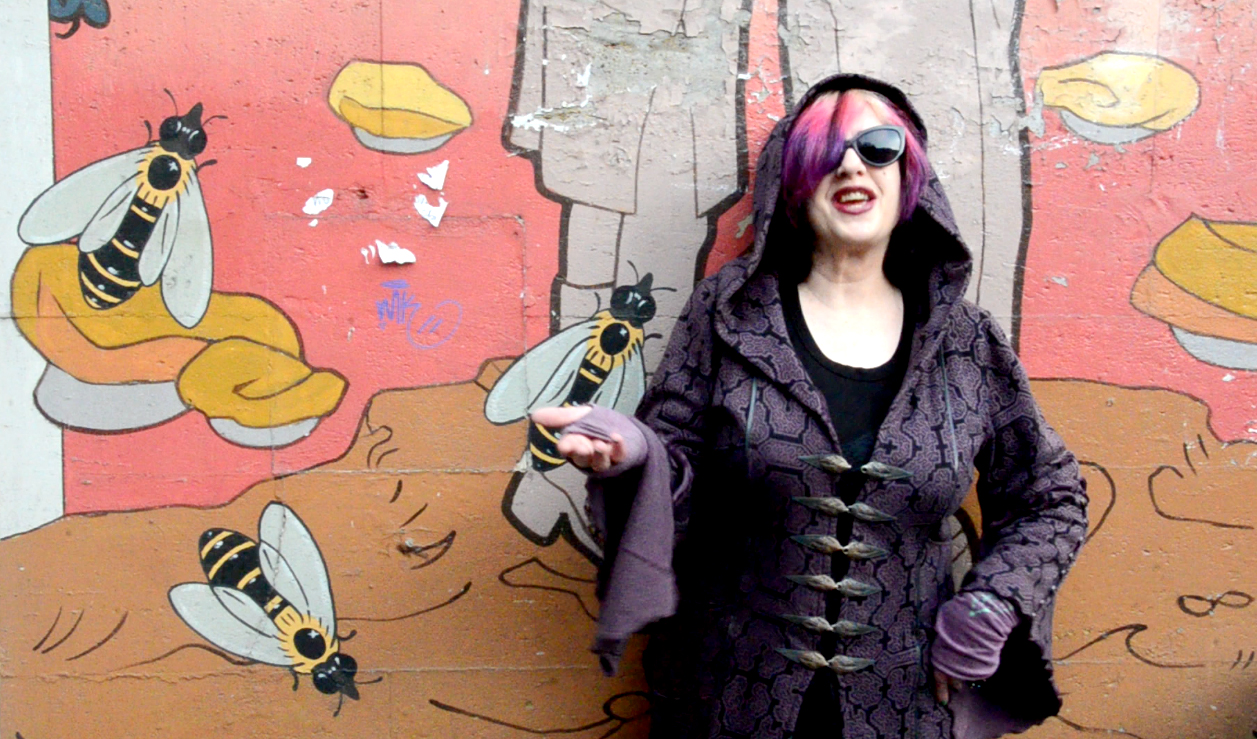 Meri St. Mary first made her mark in the late 70’s-80’s Hollywood punk scene, running with other underground luminaries such as The Dickies, Flipper, The Wierdos, The Ramones, The Mau Mau’s, Factrix, and Monte Cazazza.  Her bands included Roadhog, Toe Jam, Sex Is A Witch, and lauded SF avant-punk band Housecoat Project (Subterranean Records).  She also starred in various cult films including Suburbia and Suicide Line.

In more recent years, Meri has led a solo music and spoken word poetry career, with poetry published in numerous periodicals and book You Tore Us (Cold River Press, 2012).  Her 2009 EP, I’m Back, and the 2010 re-release of Housecoat Project’s album, girlFIEND (Subterranean) were both critically acclaimed.  In 2007 and 2010 Meri received awards for Outstanding Broadcasting for her long-standing radio show on KVMR-FM Nevada City, The Underground Sound.  Her podcast of the same name, featuring interviews with counter-culture icons, has enjoyed overwhelming success as well.