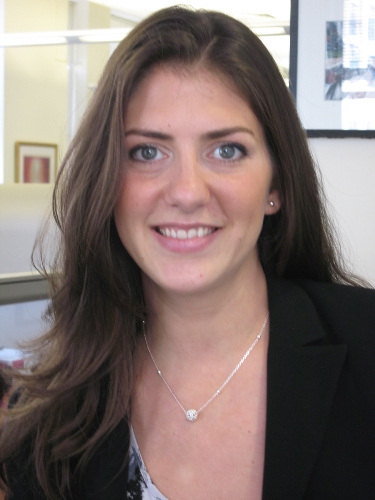 VoteRunLead is a national nonpartisan women’s organization that unleashes the power of women as leaders in our democracy through training, technology, and community. As the signature political program of The White House Project, VoteRunLead trained over 15,000 women for civic and political leadership. Today, they are giving democracy an upgrade by transforming how women access politics, impact policy, and run campaigns by combining 21st century digital democracy tools and our award-winning training techniques. Focusing on local-level leadership, from rural towns to legislatures,VoteRunLead will reach, recruit, and resource talented, diverse women to win campaigns and to serve as citizen leaders.

VoteRunLead is scheduled to launch any day now.  Elisa Parker of See Jane Do spoke with the founder of this revolutionary organization and how it’s going to create a platform for women to run for office and a support network to encourage women to take the lead.

Erin Vilardi is the Founder and Director of VoteRunLead, a national organization leveraging technology and training to accelerate the number of women in political leadership. She first launched Vote, Run Lead as Vice President of Program and Communications at The White House Project, establishing the largest national political training program readying women for public office and civic life, and training over 15,000 women. She has served as a Leadership Development Consultant for a range of clients, including the Athena Center for Leadership Studies at Barnard College, Columbia University, where she developed the Athena CORE10© – an innovative set of leadership competencies for 21st century women leaders based on the latest research and gender analysis. She serves a diverse range of clients including Fortune 100 companies, global girls’ initiatives and the U.S. Department of State, reaching women leaders in a dozen international cities. Vilardi serves on the Advisory Board of Girl Meets World, the New American Leaders Project, and is the New York Delegate for Vision 2020, a 50-state initiative to increase women in leadership by the year 2020. She has appeared on CNN, BBC, and Fox News and in numerous international and domestic articles on women and leadership. (Founder and Executive Director – New York, NY)

Previous Shawn Colvin: Being Vulnerable at All the Right Places- See Jane Do Exclusive Podcast with Elisa Parker
Next Katie Rubin: Don’t Let Your Passion Bring You Down