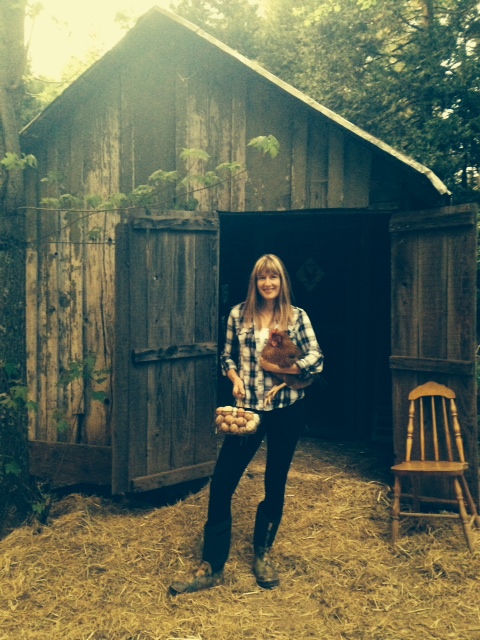 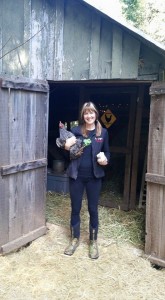 “Follow your passion!  Don’t be afraid to take your first step and things will happen.”~ Jeannine Glista, Producer-Biz Kids & The Urban Homesteader

How does an Emmy Award winning producer end up living in a chicken coop?  Jeannine Glista, creator of the PBS series, Biz Kids has a new how-to media series in the works, The Urban Homesteader and it all began on her farm.  The new series teaches people how to turn their small, urban space into a modern homestead.  The Urban Homesteader is about growing food, raising livestock, preserving, DIY projects, and conserving energy…..all in the city! To kick off the program Glista and her team have launched a crowdfunding campaign with Indiegogo, who showcased their project at SXSW.

Jeannine is hanging out in her coop until the funding goal is reached.  Click here to support their new series.  She shares with Elisa Parker how to launch a media series, how the media climate is changing and why homegrown eggs taste so much better than ones off the shelf.

Indiegogo Pitch – The Urban Homesteader from Jeannine Glista on Vimeo.

Previous Arts for Social Change Jam 2015: Artivists Wanted
Next Elisa Parker with Anna Thea: Empower Yourself By Loving Your Body