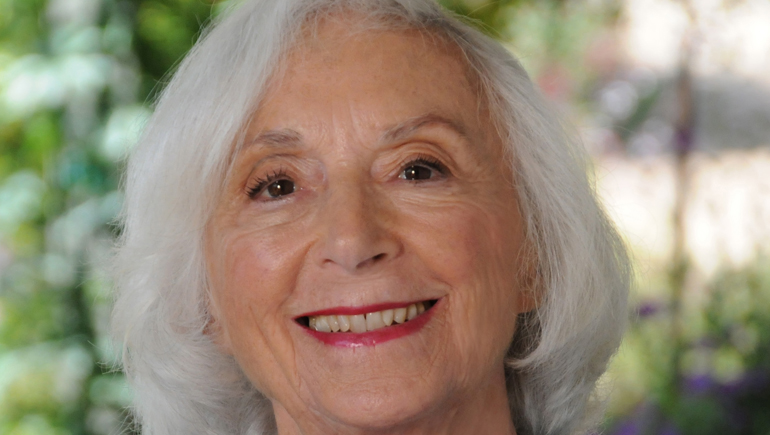 Elisa Parker with Barbara Marx Hubbard: Living at Your Fullest Potential; a Co-Creator of Conscious Evolution

“[Women] this is the hour of your greatness. This is the time when humanity needs you. We need to join together as co-creators of a world and experience our full spiritual and social potential. It’s really a call to realize your own greatness within each of us.” ~Barbara Marx Hubbard

Barbara Marx Hubbard has been called “the voice for conscious evolution…” by Deepak Chopra. She is the subject of Neale Donald Walsch’s book The Mother of Invention. And many would agree she is the global ambassador for conscious change.

At her heart, Barbara Marx Hubbard is a visionary, a social innovator. She is an evolutionary thinker who believes that global change happens when we work collectively and selflessly for the greater good. She realizes that the lessons of evolution teach us that problems are evolutionary drivers, and crises precede transformation, giving a new way of seeing and responding to our global situation.

As a prolific author and educator, Barbara has written seven books on social and planetary evolution.  She has produced, hosted, and contributed to countless documentaries seen by millions of people around the world.  In conjunction with the Shift Network, Barbara co-produced the worldwide “Birth 2012″ multi-media event that was seen as a historic turning point in exposing the social, spiritual, scientific, and technological potential in humanity.

In 1984 her name was placed in nomination for the Vice Presidency of the United States on the Democratic ticket, calling for a “Peace Room” to scan for, map, connect and communicate what is working in America and the world. She also co-chaired a number of Soviet-American Citizen Summits, introducing a new concept called “SYNCON” to foster synergistic convergence with opposing groups. In addition she co-founded the World Future Society, and the Association for Global New Thought.

Barbara Marx Hubbard is not an idealist, nor does she believe that social and planetary change is simple.  But she does believe that humanity has the tools, fortitude, and resolve to take the leap towards conscious evolution.

Her books include: The Hunger of Eve: One Woman’s Odyssey toward the Future; The Evolutionary Journey: Your Guide to a Positive Future; Revelation: Our Crisis is a Birth –An Evolutionary Interpretation of the New Testament; Conscious Evolution: Awakening the Power of our Social Potential; Emergence: The Shift from Ego to Essence; 52 Codes for Conscious Self Evolution and Birth 2012 and Beyond: Humanity’s Great Shift to the Age of Conscious Evolution.

Previous Elisa Parker with Lee Ann Womack: Sticking to Her Roots
Next See Jane Do What You Love 30 Day Challenge