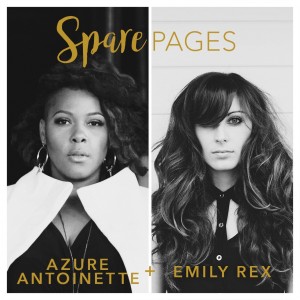 Not only is See Jane Do favorite, Azure Antoinette participating in Raising Jane but she is bringing along The Voice, Australia contestant, Emily Rex to perform together in their new duo, Spare Pages.  Emily’s coach, will.i.am recognized the magic in her voice and we couldn’t be more thrilled to host her and Azure at Raising Jane.

“My dream is to move people through my music and put a smile on people’s faces.”~Emily Rex,

Azure Antoinette called “the Maya Angelou of the Millennial generation, is a poet, spoken word artist and millennial & arts education advocate whose performance explores the ways social media is reshaping humanity.  As a Commissioned Poet she is firmly committed to finding a way to live out her mantra of “Do What You Love & Love What You Do.” She has a unique talent to curate and custom write the story of a brand. 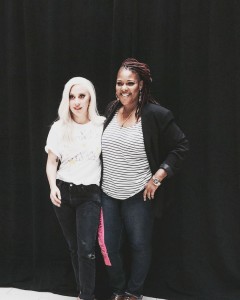 Azure was included in Forbes’ “100 Most Powerful Women in the World” issue in 2012 and was featured in a special section titled “Women Helping Women.” Her powerful presentations are in high demand, recently being commissioned to write for Maria Shriver, The Gap, Beats by Dr. Dre, Girl Scouts of America, and recently emceed for Lady Gaga’s Born This Way, Emotion Revolution college tour. Azure’s message of following your passion and having the courage to be yourself will definitely resonate with moms and daughters alike.

A blend of acoustic Soul, RnB and Pop, the rare tones of Emily Rex’s voice slide into your ears like liquid gold. Rex has a voice described as ‘Pure’ and ‘Beautiful’. Recently appearing on Channel 9’s tv show The Voice, Rex captured the audience and earned a spot on Will.i.am’s team. Rex can be found sharing her talents around Australia in many different styles. Do your ears a favour, pull up a chair, close your eyes and dream!